Text/image version of above video...

Let's have a look at the Interactr canvas layout.

The canvas is basically the workbench where all your interactive video projects are assembled. 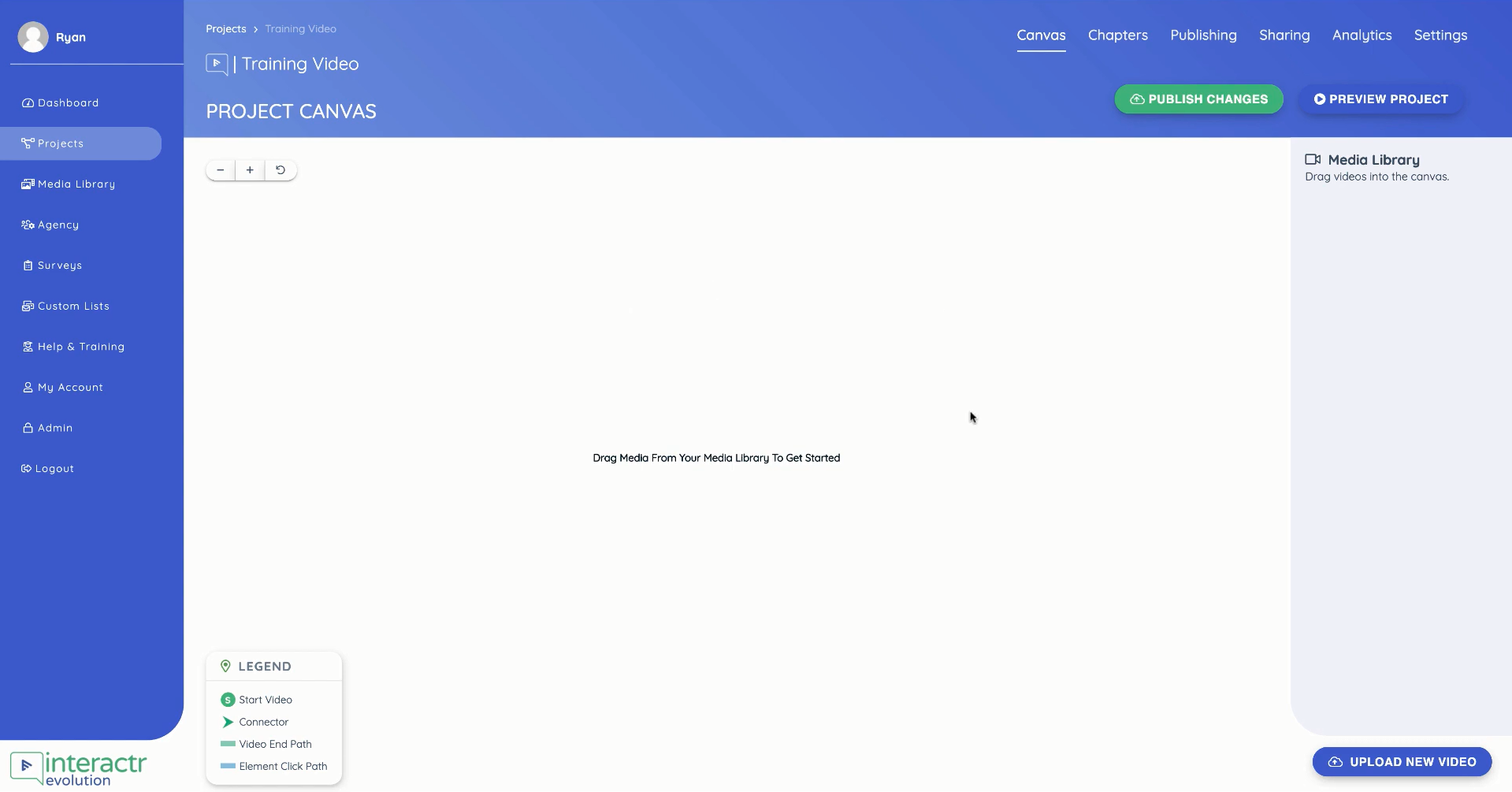 In this example, we are going to be creating an interactive video for a coffee shop which will give the viewer the choice of different coffee they can buy.

So lets start by clicking on the blue button in the bottom right hand corner which says 'Upload new video', this brings up the pop up screen which further options... 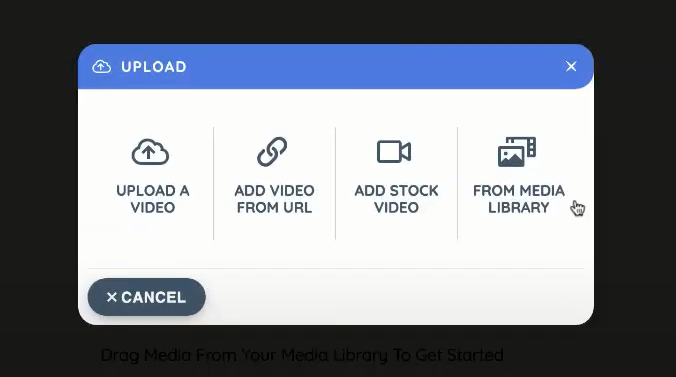 For our example, we are going to be uploading a video from our computer so we choose 'Upload a video' 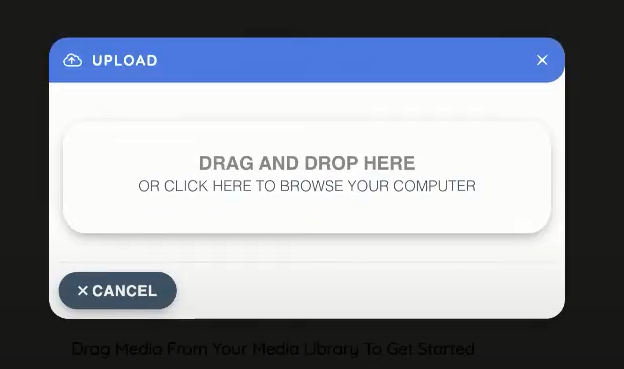 When you start to upload, our software will then compress the file size so that it plays more smoothly. 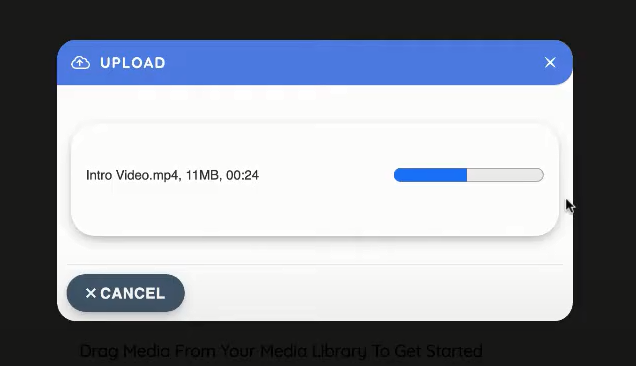 Once the video uploads it will be added to the media library and begin the process of encoding to reduce the file size. You will see the video you just uploaded appear on the top right hand side...

You can repeat this process until you have uploaded all the video clips you require.

At the moment, Interactr doesn't retain the name of your video files and just renames them...video 1, video 2, video 3 and so on. This will change with the next update but for now, you can just rename the videos by clicking on them and changing the name in the relevant field...

Once you have all your video clips upload, renamed and organised in the way you want, you can start to assemble your interactive video.

Simply drag and drop each video clip onto the canvas...

Once you have all your video clips on the canvas you can order them in the way you want each one to play.

Let's now talk a little bit about the difference between the 'Video End Path' and the 'Element Click Path'.

This is where you can indicate which video you would like to automatically play directly after another one without any interaction input from the viewer.

You do this by dragging the green arrow and connecting it to the clip of your choice.

In our example below, we have chosen to make the clip (also called the Node) called 'Espresso' play directly after the intro clip. 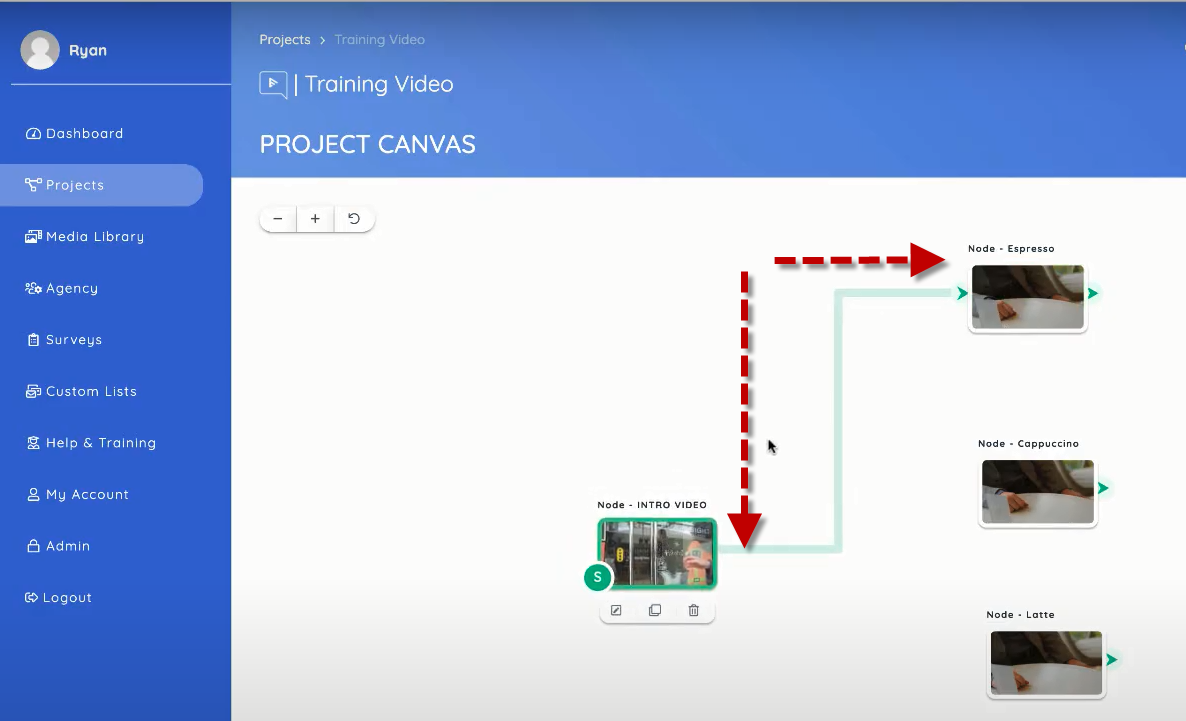 This is a different function where you can indicate which video should be played when the viewer chooses an option. You can set all this up in the video clip itself to make it interactive and this is covered in more detail in a later tutorial.